So, like, I guess I need to actually build this myself. 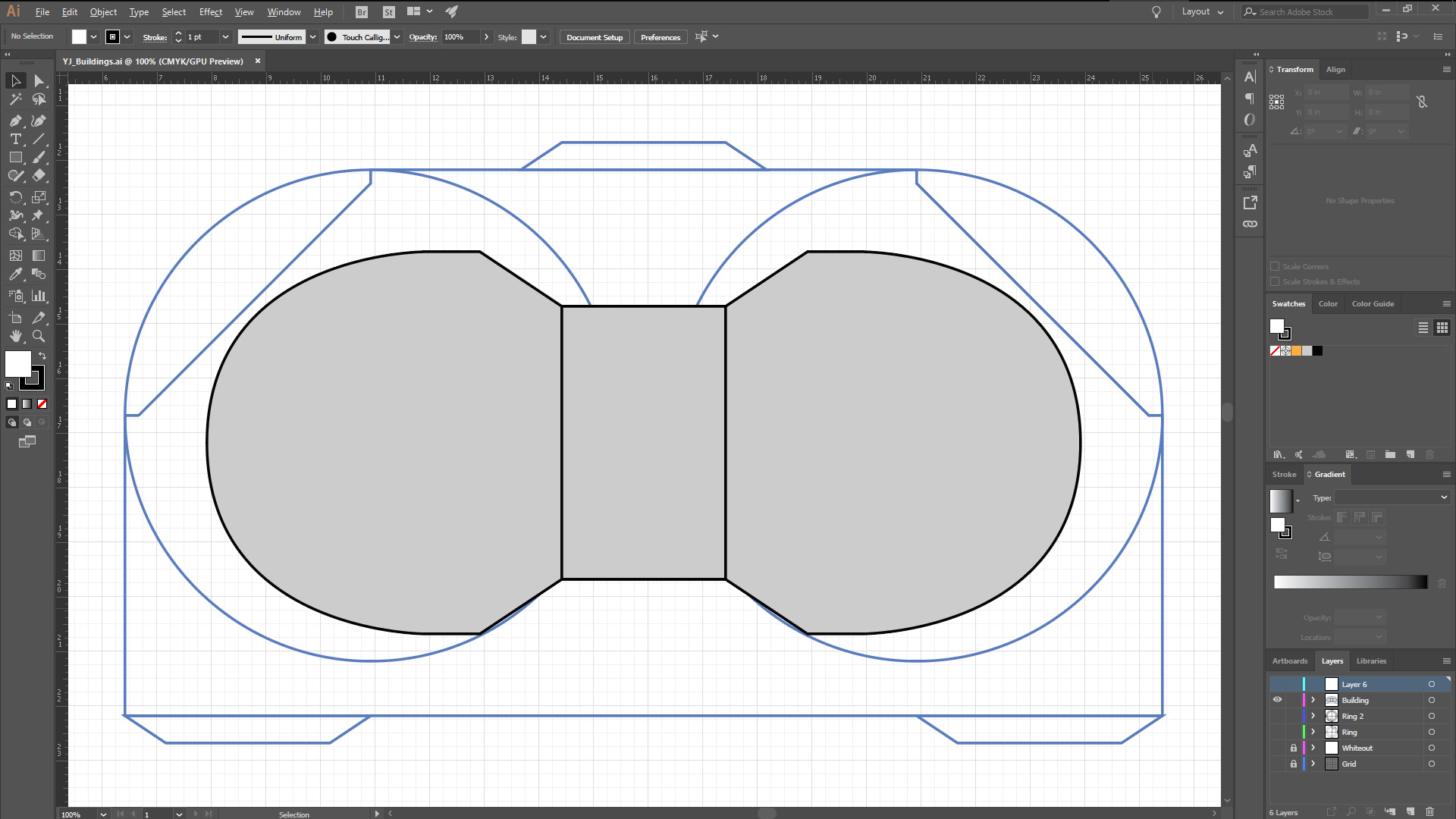 Using the bristol board mockups I had made during the summer as my model, I drew the shapes of the first tower and base in Adobe Illustrator. The tower is 7″ wide and 16″ long; the base adds a 1.5″ walkway around it, resulting in a 10″ x 19″ silhouette. 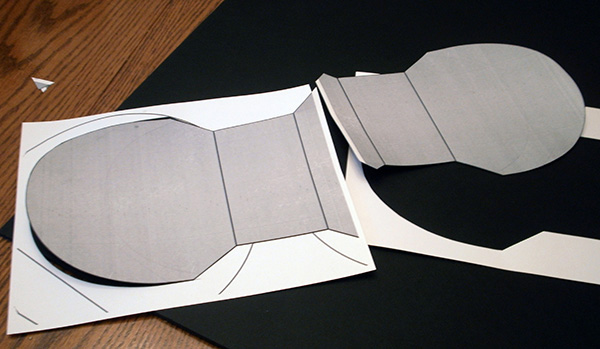 These are obviously too large to print out on a single piece of paper, so I instead printed each side on a separate sheet (with some overlap in the middle) and then taped them together. 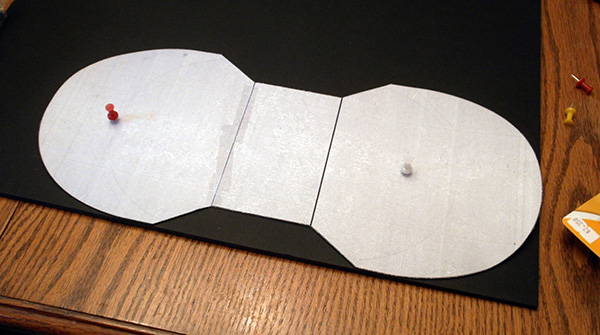 Once the shape was cut out, I pinned it to a sheet of black foamcore and traced around it with a crappy Bic mechanical pencil. 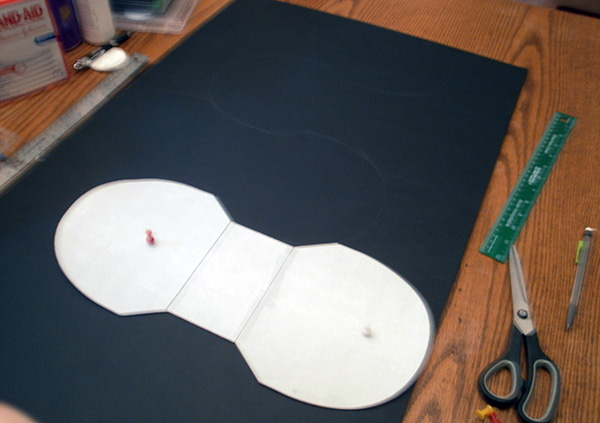 I wanted to make three full-sized hourglass buildings and one that would be cut in half to sit at the board’s edge, so I needed to trace and cut out a total of 4 pieces for all of the tops. 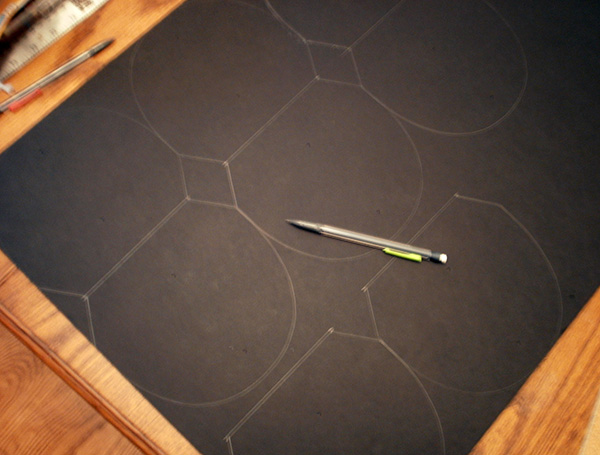 The bottoms of the towers have a tunnel going through them, so I only needed panels to cover the bulbous ends (*giggle*) without the connecting middle bit. 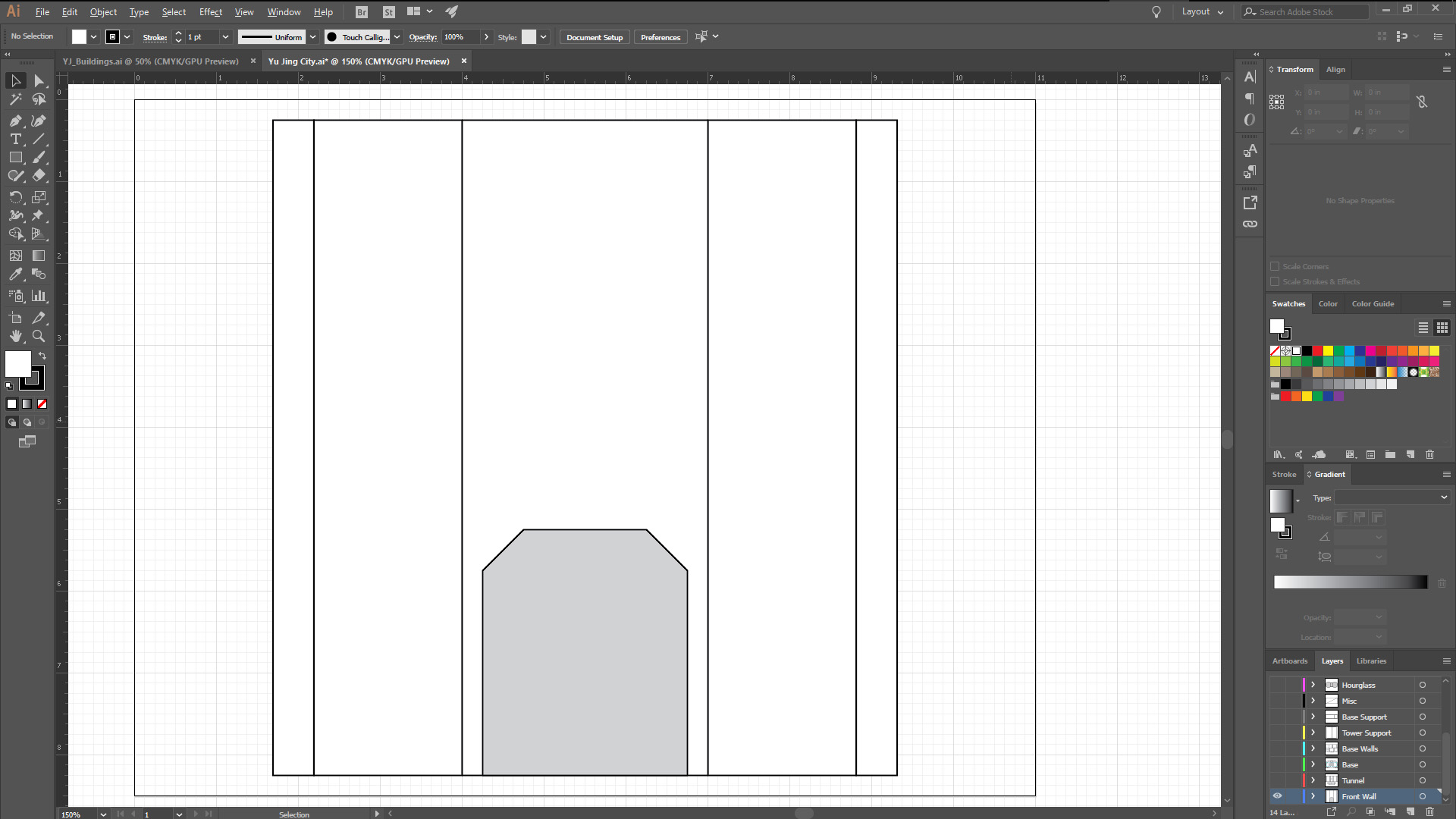 The next pieces to cut out were the indented side panels of each tower. These were substantially easier to print, as my laser printer can JUST BARELY print an 8″ object on the narrow end of an 8.5″ x 11″ sheet. Though of course, if they couldn’t, I would probably just make the towers shorter rather than resorting to taping every single template together. 😛

For anyone who’s never read one of my foamcore project logs before, my general method for turning my Adobe Illustrator shapes into a useable tracing template goes like this: 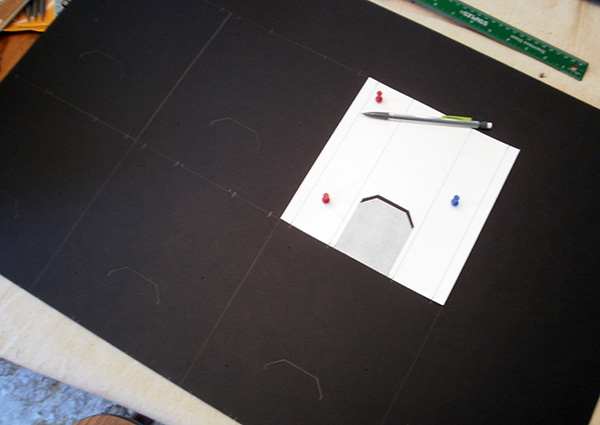 I needed two of these per tower, so eight in total. 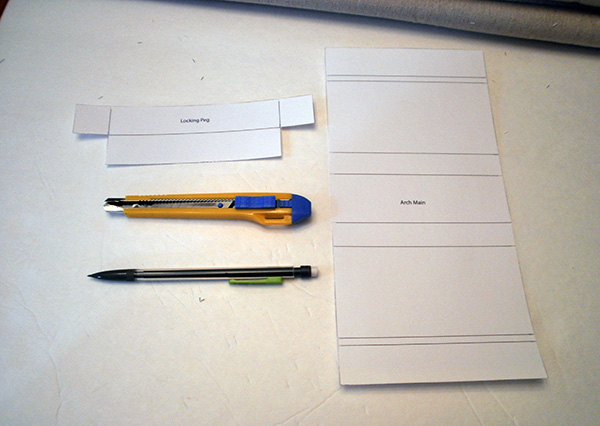 Next up were the interior of the arches, which would ultimately also serve as part of the locking mechanism to keep the towers and bases together. This will make a bit more sense later. 🙂 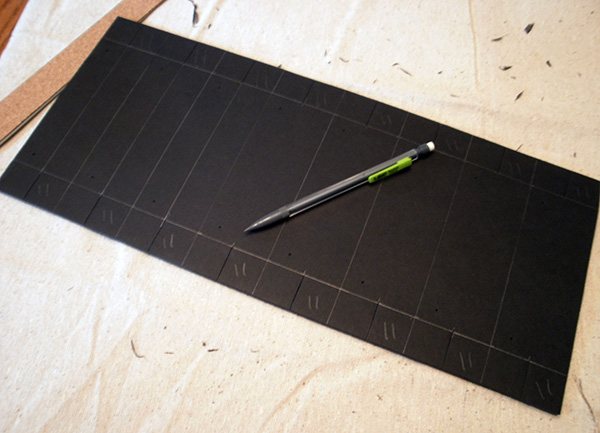 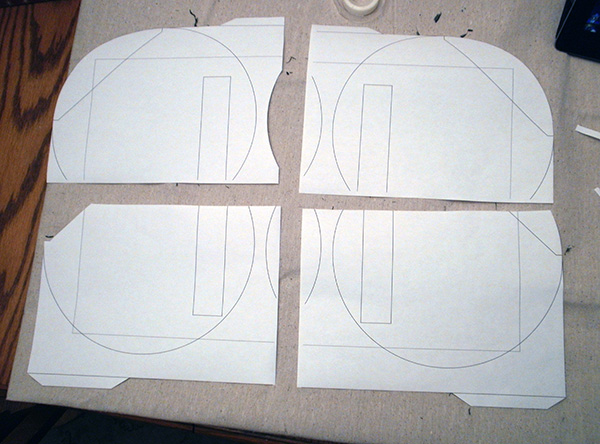 Given the size of the bases, their template needed to be spread over four pages. 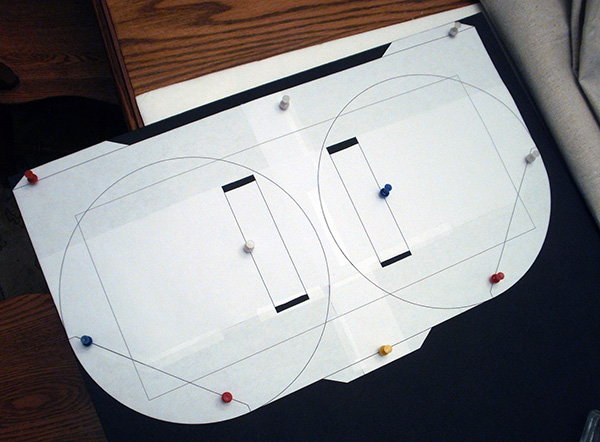 Each base required two of these, so eight in total. I could fit three on a 20×30 foamcore sheet. 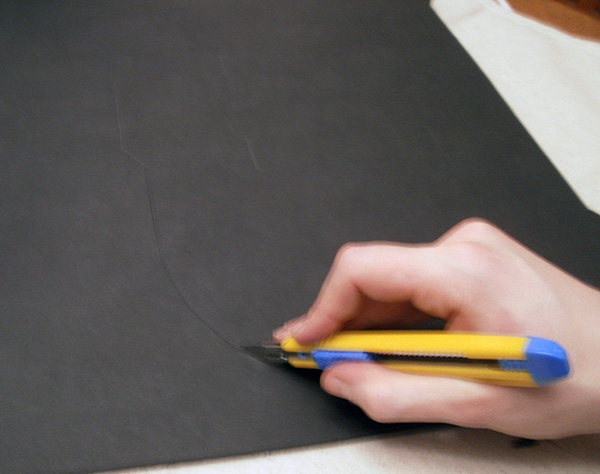 At this point the stacks of foamcore sheets were starting to get in my way, so I grabbed a utility knife and cut out all of the shapes I had traced thus far. 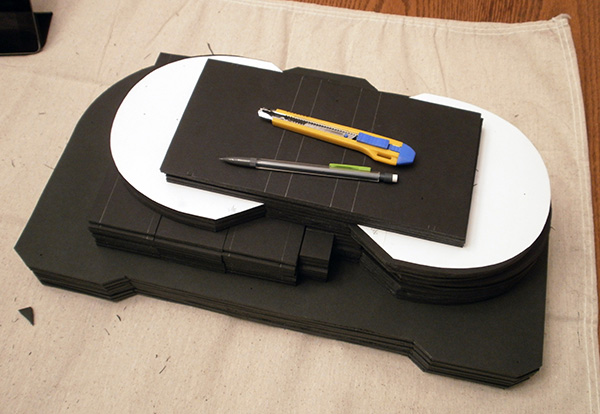 Spud likes photos of orderly piles of terrain components. This will not be the last one today. <3

While I was sitting back to admire the beautiful pile above, I got the idea to add to the pile by planning, tracing, and cutting out absolutely every piece of every building in the terrain set before a single thing got assembled. My brain told me that this would cement my amazingness once and for all by demonstrating the perfection of my pre-planning. 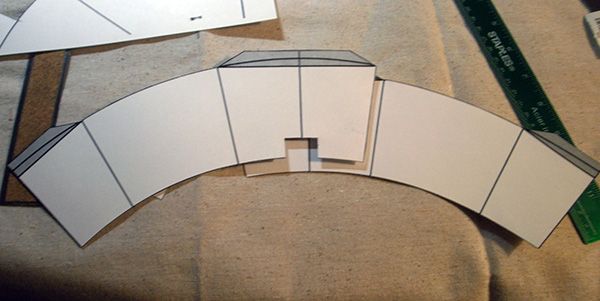 Overflowing with hubris, I designed and printed the templates for my next building, the ISS Ring. 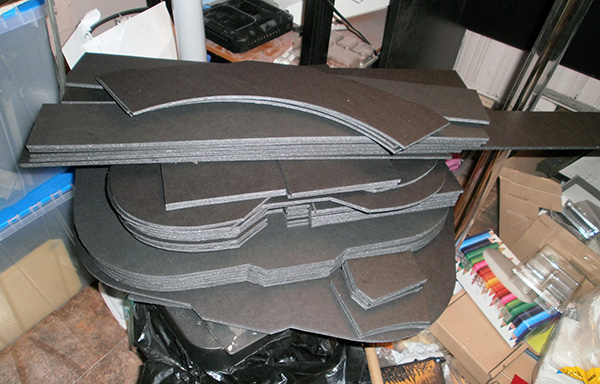 I almost immediately realized why this was a bad plan, because (1) the pile kept falling over, and (2) I started forgetting what some of the pieces were for.

Acknowledging the practicalities of the situation, I opted to delay my ascension to my rightful position as God of Foamcore until a future project; for now, I opted to just go ahead and build the towers to get this beautiful pile off my garbage can. 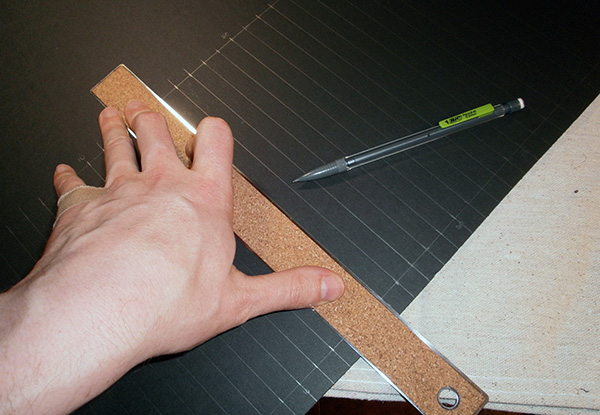 Similarly to what I was planning on the MDF layouts, the curved parts of the towers were going to be created with a “rib and skin” setup. The ribs would all be 1/2″ wide, and spaced roughly 2″ apart, with a thick paper layer glued over them.

The bases also had some curved sections, so I made shorter ribs to accommodate those. 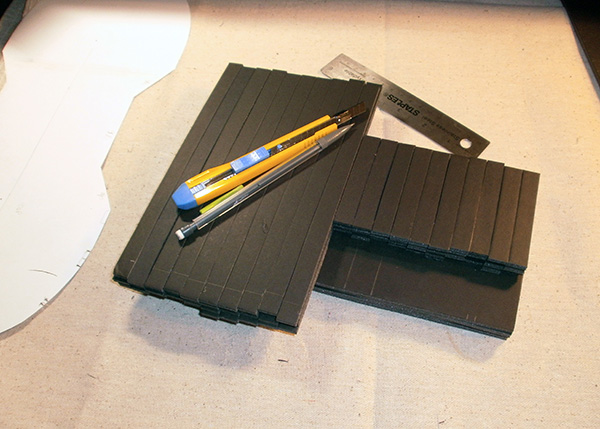 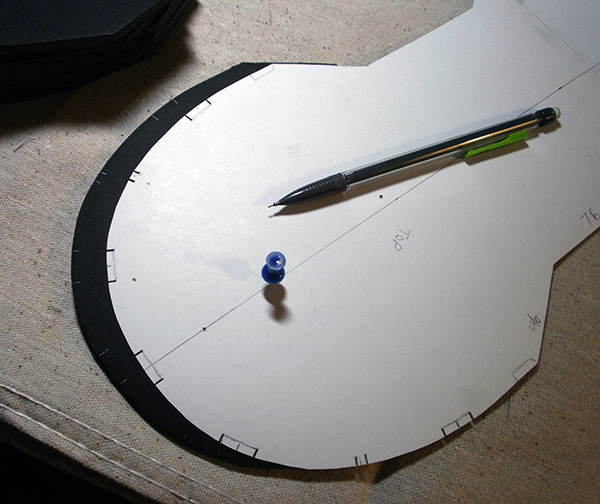 To ensure even spacing of the ribs and give them a solid place to sit, I opted to cut very small notches in the hourglass shapes for the ends. 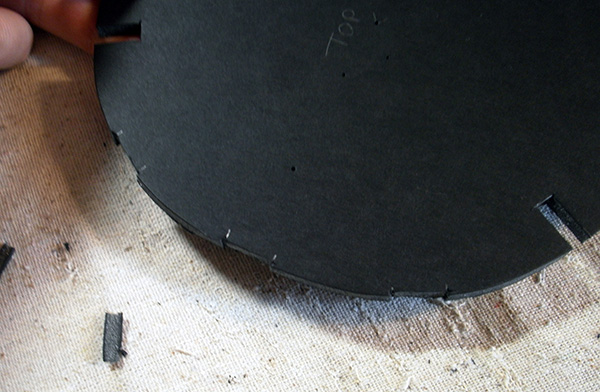 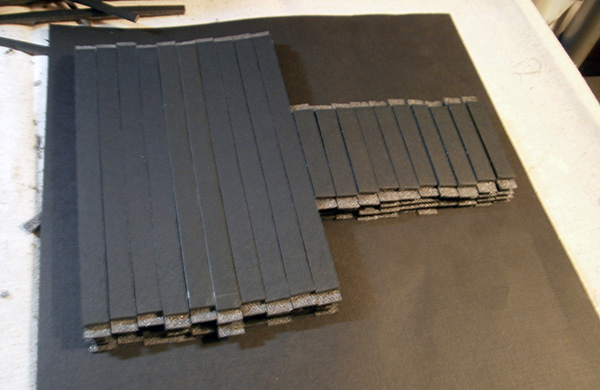 To fit into these notches, I delicately cut the cores out of both ends of every rib. 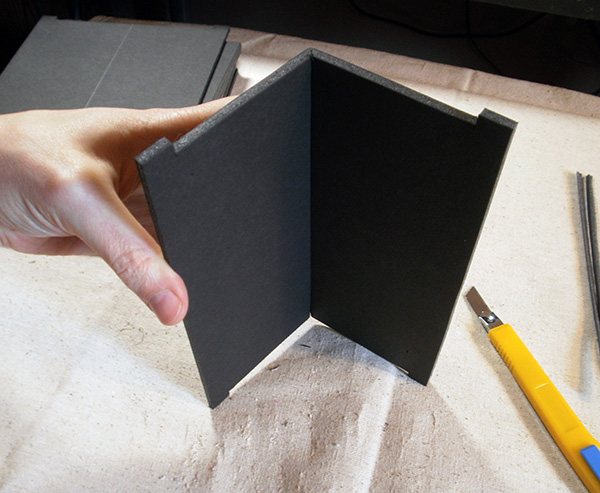 These ribs were clearly not going to be very solid, so I created a V-shaped support to go inside the round parts. 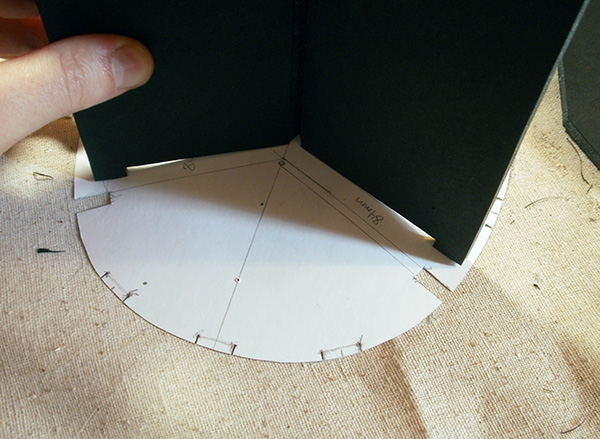 Larger slots were cut for these to give them a solidly locking joint.

Alrighty, we’re finally at the part where things are being scored to allow bending, so I can now re-post my favourite video: SPUD SHOWS YOU HOW TO CUT FOAMCORE! 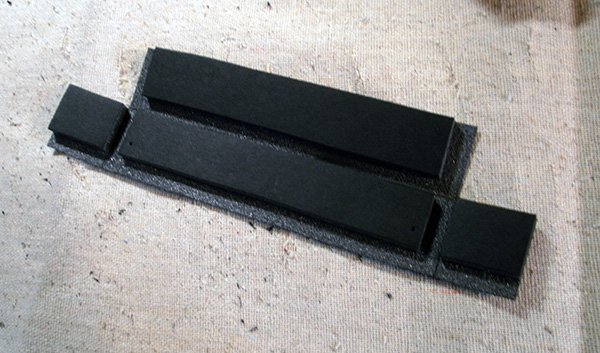 Before I can head into assembly, most of the pieces I’ve cut out need some amount of “bend cuts” added to them. This here will eventually become the rectangular “locking peg” to keep the tower attached to the base. All of the cuts are done to allow 90-degree bends. 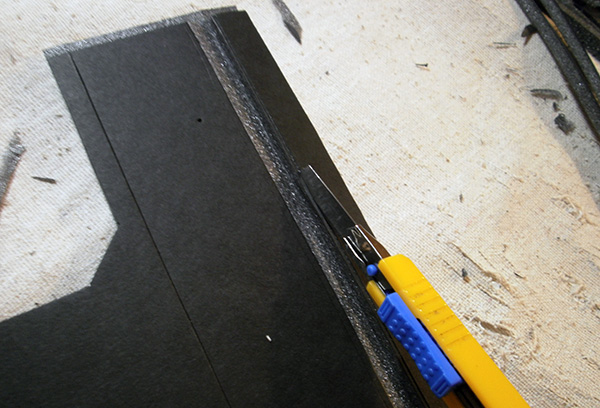 For the hourglass indents, only a single 45-degree bend is required– the joints around the door bend outward instead of inward, so nothing needs to be removed. 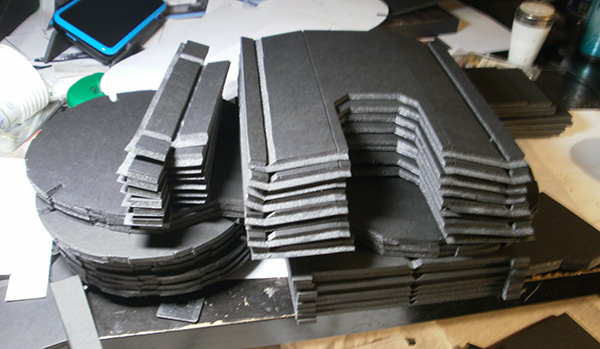 I’m skimming over this part pretty quickly, but it’s worth mentioning that these fold cuts are by far the longest part of the process. It took me most of a weekend to put the required cuts into all of the panels for these four buildings. 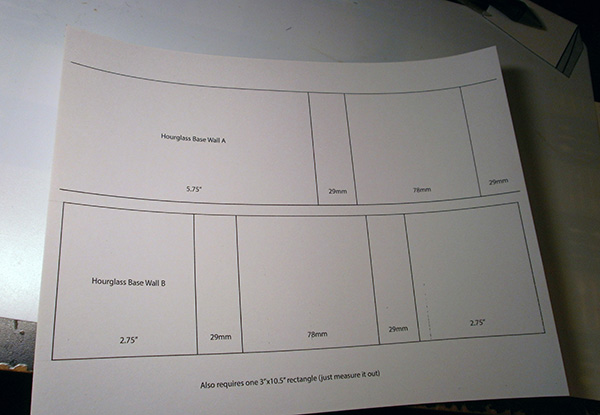 The last pieces that need to be cut out before assembly are the multitude of walls for the bases. These are done exactly the same as the ones in the video. 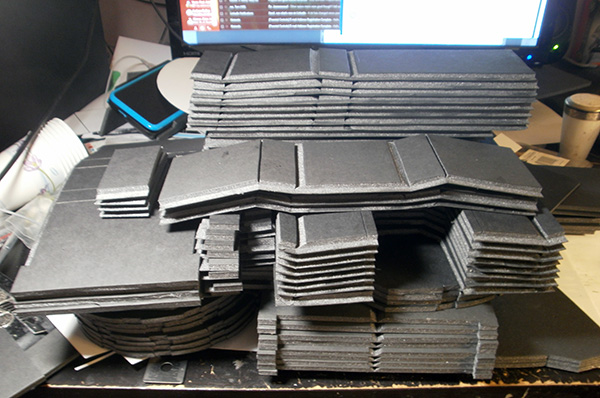 The only thing to note in this EVEN LARGER AND MORE BEAUTIFUL PILE is that I’ve cut slots out of the bottom and top of every wall segment, to allow the top and bottom panels to slot inside them. This decreases the amount of exposed foam, which improves both the durability and smooth appearance of the final pieces.

On the next page, I’ll finally bust out the glue gun and start towering up!