I ran a weird event this past weekend. At its core, it was a fairly standard 300pt ITS event (albeit with a focus on TAG-centric missions like Deadly Dance and Show of Force). However, in addition to the standard ITS scores for completing missions, each player was given a checklist of optional TAG-themed achievements that they could try to collect over the course of the event: 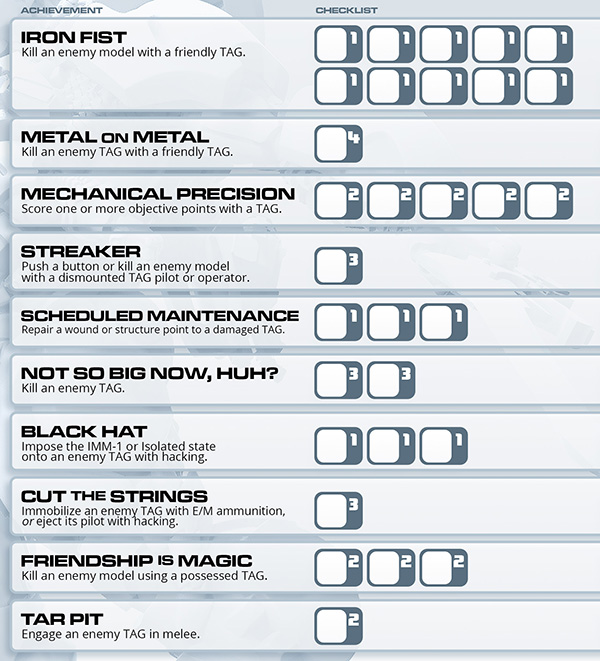 The first 60% of the achievement points are themed around “do stuff with your TAG”, while the other 40% are focused on “mess with enemy TAGs”. At the end of the day, the ITS winner got the usual store credit prize, while the players with the most Achievements received Scarface (first place) and Señor Massacre (second place). I made sure to keep the two “scoring tracks” separate from each other, so that players who weren’t interested in the TAG shenanigans were free to completely ignore it and focus on their games if they preferred.

The event was an absolute blast for our group. 🙂 I had some requests for a copy of the achievement score card I made so that other people could run similar events, so… here ya go! 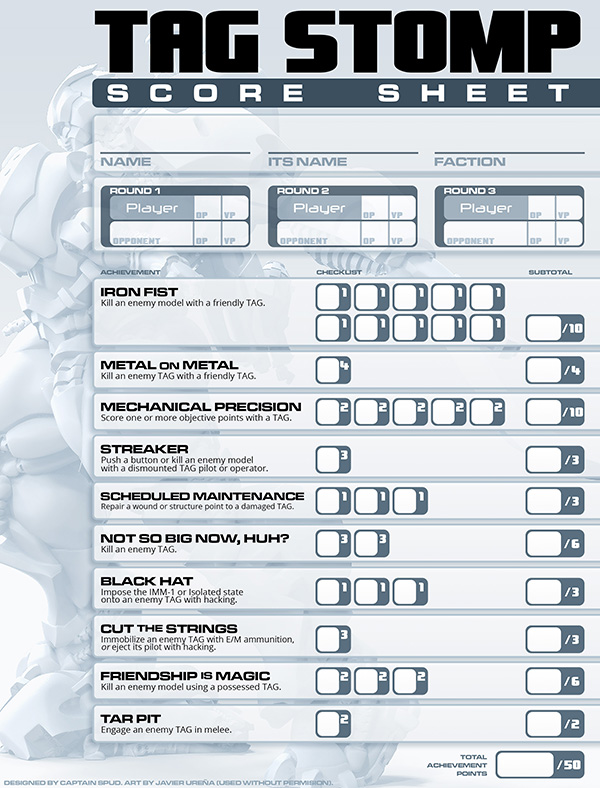 Finally, here’s a promo image (cropped down to just the achievement list) that you can use to advertise the event to your players: 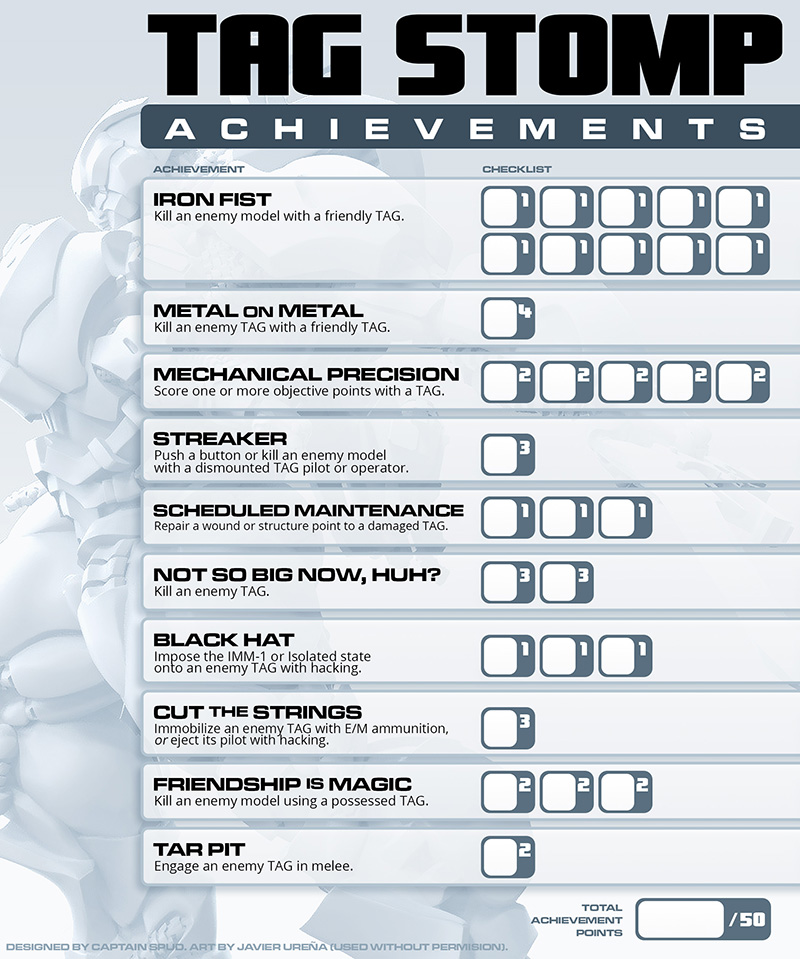 If you do end up running your own TAG Stomp, drop a comment below to let me know how it went. 😀